Whilst I mostly like brownies best in their pure deep unadulterated chocolate form, every now and again I get the urge to pimp them up to the max.

More of a scrumptious dessert than a teatime treat, the raspberry cheesecake swirl takes this brownie recipe to a whole new level.

Preheat the oven to 180. Line a 20x30cm roasting tin or brownie pan with grease-proof or baking paper

Take 50g of the raspberries, and put them into a small saucepan with 25g caster sugar and a splash of water. Heat gently and allow to simmer for a few minutes until the raspberries have broken down, and the sugar dissolved. Then strain the mix through a seive into a bowl so you have a deep pink syrupy sauce. Set it aside to cool while you make the cheesecake swirl.

Take all the ingredients for the swirl and put them into a bowl, then beat with a wooden spoon until just mixed – don’t over-mix or it’ll become too runny. Set aside while you make the brownie.

Put all the ingredients for the brownie mix into a large bowl and beat well with an electric hand-mixer for several minutes until it’s lightened in colour to a pale brown.

Tip the batter into the tin, then smooth over. Use a spoon to make some dips in the mix, then dollop in spoonfuls of the cheesecake swirl.  Scatter over the remaining raspberries, then drizzle over some teaspoons of the raspberry sauce. Take a skewer and drag it through the mix until you have a nice swirly pattern.

Bake in the oven for around 45 minutes (checking from 35) until the mixture is set with a crusty top but slight wobble in the middle.

Allow to cool completely in a tin, then turn out onto a board and slice into squares. 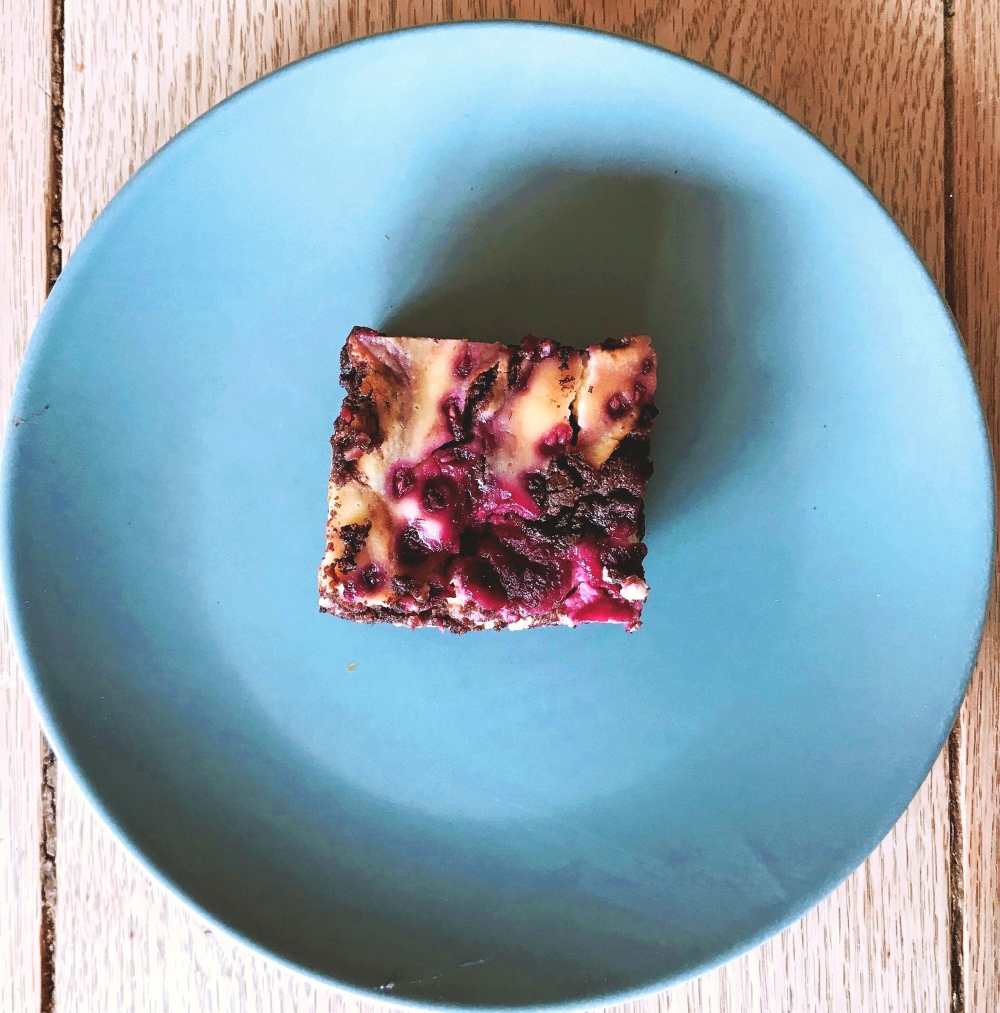